Thokoza Dlozi could not have come at a better time. It came at a time when I am busy with the African cultures blog series that seeks to explore African cultures, the similarities and the differences. I had made a space for a blog post on African medicine so I was really elated when Vus started his Thokoza Dlozi campaign. 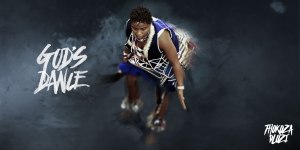 Why am I doing it? Because I’m tired of hiding my beliefs. Of treating African spirituality as a caricature so that I don’t seem primitive. I am not a sangoma but I have a deep love and appreciation of African spirituality. I do not hate anyone’s religion. I am simply unable to relate. creative and as a storyteller, it is imperative that I tell the this particular story.- Vus Ngxande 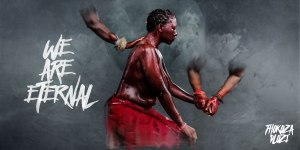 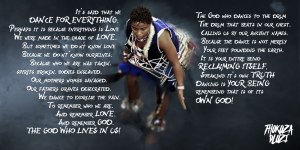 Vus feels that as much as we can come on social media and read bible verse after verse, we must also be able to share and proclaim our beliefs as well. To let African spirituality fade away simply it makes others uncomfortable is to let the very foundation of Africa to die. I totally agree with Vus, as Africans there are customs and things that were done in the past that we no longer do in an effort to look more modern. It is really important for the young Africans to go back to basics. Being African to me personally means accepting and embracing and respecting all thing Africans (even the things that I do not understand or have never been exposed to). 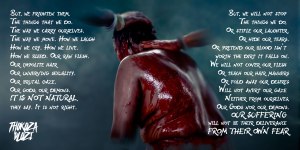 As his concluding words Vus thanks aboGogo and aboMkhulu who he believes have a heavy burden to be a pillar in a society that despises them. But, we curse the light during the day but, when the darkness falls, we will turn to the light you carry. He wish them God’s strength. Some people have said Vus to be wrong for sharing the images on Facebook because they view the ceremonies as private but he has explained that Sangoma or Ukuthwasa ceremonies are attended by the community. Personally I think that some people are rather embarrassed so there would rather not have the Thokoza Dlozi images on their lily white social media platforms.

Let me say this, #ThokozaDlozi was never simply about ubuNgoma. I am not a sangoma. But it is my duty to tell these stories. This project was about speaking freely about African spirituality. The notion that these practices are private or secret is precisely why our beliefs are dying. When don’t talk about African spirituality, EVER. Not even around a braai because we think people will judge us. We treat it with disgust and scorn because we believe it makes people around us uncomfortable.Yet, we expect it to live. To carry itself from generation to generation. We cry that black children don’t know who they are. We need to gain a better understanding of ourselves. Those who have this knowledge are not just old grandfathers and grannies. We have our peers, our age, who have been chosen to carry this knowledge. All we need do is ask, talk. We were born in this time to help rebuild this continent not just socio-economically but spiritually too. IF WE DON’T TELL OUR OWN STORIES THEN WHO WILL?- Vus Ngxande

Living up to the meaning of Vuyiso
Of small rockets and a very high Vuyi
Of Steel Hearts & Fragile Girls
Contemplating border jumping.
A little winter retreat
Good morning